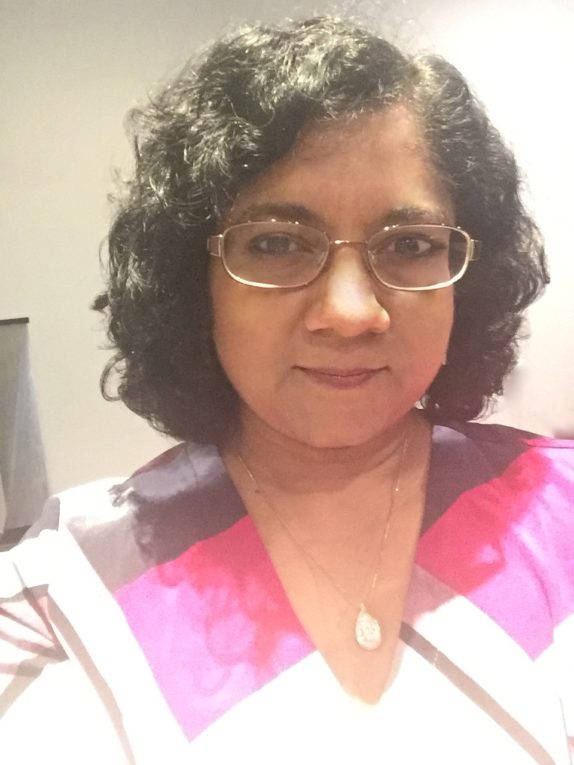 Dr. Erosha Premaratne is a Consultant Endocrinologist and General Physician practicing at Austin Health, Northern Health and Warringal Private Hospital in Melbourne. After graduating from the University of Melbourne in 1996, she received a further Doctor of Medicine degree (MD) from the same university in 2006 and is currently an honorary academic there. She is a Fellow of the Royal Australasian College of Physicians and has been a clinical examiner for the College and an educational supervisor / professional development advisor for junior doctors for the past 8 years. She specializes in the treatment of diabetes and obesity, insulin pump therapy, general endocrinology and obstetric medicine.  She continues to be engaged in clinical research in the areas of diabetic kidney disease and gestational diabetes. She has conducted many public health seminars and has provided health advice on ethnic radio programs.

Erosha has initiated and participated in many charities in Sri Lanka over the years, including establishment of a scholarship scheme for students in the Central province of Sri Lanka whose parents are affected by chronic kidney disease, supplying medical textbooks to rural medical schools, raising funds for dialysis machines and installation of water filters in rural schools. 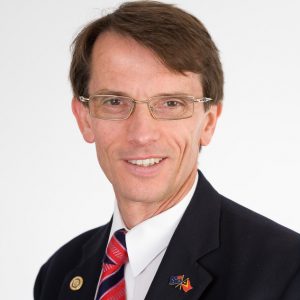 A/Prof Andrew Cochrane is a cardiothoracic surgeon with over 20 years of consultant experience in both adult and paediatric cardiac surgery. He undertook his advanced training at the Royal Melbourne Hospital, Alfred Hospital and Royal Children’s Hospital, and in the United Kingdom. He was a consultant cardiac surgeon at Prince Charles Hospital, Brisbane (1993 to 1995), and then at the Royal Children’s Hospital, Melbourne from 1995 to 2008. He has been a surgeon at Monash Medical Centre, Clayton since 2003.

Andrew enjoys managing all aspects of adult and adolescent cardiac and thoracic surgical care. Andrew has developed the adolescent and adult congenital heart surgery program at Monash Medical Centre for patients who require either initial or on-going surgery of heart defects present since birth. He is actively involved in research, in particular for kidney impairment after heart surgery. He is an assistant editor for Heart Lung & Circulation, and a reviewer for several other journals.

He is extensively involved in surgical training and education, and is the chair of the science and education committee for the Australian and New Zealand Society of Cardiac and Thoracic Surgery.

Dr. Quintus De Zylva is a Consultant Physician practicing at Moorabbin and Epworth Richmond. Previously a consultant at the Royal Melbourne Hospital and Tutor at the Medical Faculty University of Melbourne. Awarded the Overseas Services Medal by the Commonwealth Government in 2005 for services rendered to Sri Lanka soon after the Asian tsunami of 2004. AUSLMAT have visited Sri Lanka more than thirty times since the first visit two days after the tsunami. His work and AUSLMAT’s has centered on the south and east coast and AUSLMAT were responsible in convincing the Victorian Government of the need to build a new Accident & Emergency Unit at the Karapitiya Hospital, when the Hon. Steve Bracks was Premier of Victoria. 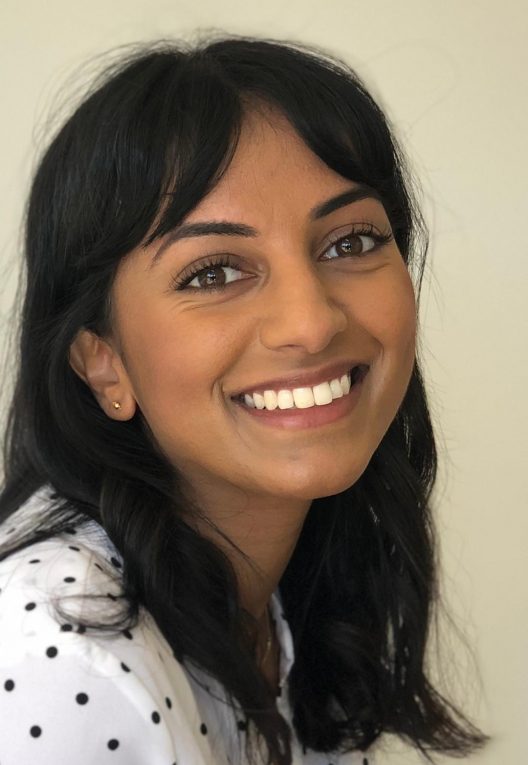 Sajini Perera is a final year medical student at Deakin University with a keen interest in public health medicine. She has had some experience volunteering in rural communities in Sri Lanka which has sparked her interest in addressing some of the health inequities that exist within these areas. She is also keen to use her experience in social media, marketing and graphic design to help promote AUSLMATs work.

Gordon Miles has been in the Information Technology industry for most of his career and became involved in AUSLMAT back in 2005 in building a data link between the Karapitiya Hospital in Galle and Melbourne so that visiting doctors could monitor patients remotely between visits.  He visited Sri Lanka for the first time in 2010 and fell in love with the county and its people.  He has been AUSLMAT’s Treasurer since late 2015 and has been instrumental in Registering AUSLMAT with the ACNC as a recognised charity, attracting the ACNC’s “tick of approval”.  He also negotiated with the ATO to have AUSLMAT registered for tax deductible donations, a process otherwise known as achieving Deductible Gift Recipient (DGR) status.

Roger Fredman is an IT and business process engineering professional by trade, with significant experience in the private and public sector.  He joined AUSLMAT in 2014 and was one of the non-medico attendees on the 2015 medical mission.  Both he and his wife Rebecca are from the United States and are now living in Australia, which brought them into the fold of AUSLMAT. 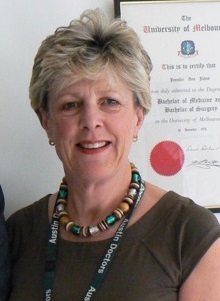 Dr. Jennifer Johns AM is a renowned Victorian cardiologist with a plethora of accolades. She was elected President of the National Heart Foundation of Australia in 2014 – the first woman to take the role since the charity was established in 1959. Dr Johns more recently held the position of Medical Director of Specialty Services CSU at Melbourne’s Austin Hospital, where she has worked since 1987. Dr Johns also practices in the Victorian Heart Centre at Epworth Hospital and has been President of the Victorian Heart Foundation Board since 2009.  Graduating from the University of Melbourne in 1976, Dr Johns’ postgraduate training included two years at West Suffolk Hospital in the UK and cardiology training at the Austin Hospital and Alfred Hospital in Melbourne.

She was awarded a National Heart Foundation Clinical Scholarship and continued her studies at the Massachusetts General Hospital in Boston between 1984 and 1987, studying the role of recombinant tissue-type plasminogen activator in the treatment of acute coronary syndromes. Her major interests include the management of valvular heart disease, echocardiography, management of heart failure, health economics and teaching. Dr Johns also has strong interest in women’s health issues and is a mentor for female cardiologists.

In 2015, she was recognised for nearly 40 years of work in medicine by being appointed a Member of the Order of Australia.  In a long line of achievements, Dr Johns received the Premier’s Lifetime Achievement Award at the Victorian Public Health Awards in 2011 and an Australia Day Achievement Award in 2008 for work at the Austin Hospital. Dr. Johns will make her 14th trip to Sri Lanka this year (2017) as part of the Australia Sri Lanka Medical Team – AUSLMAT.  The group has helped vulnerable people following the Boxing Day tsunami, providing medical equipment, education and assistance at rural hospitals. She is the ex-vice president of AUSLMAT, having stepped down from the role at the end of 2018.

Preethi De Silva is a credentialed Diabetes Educator working in the community health setting in North Western Victoria.  She also has many years experience in surgical nursing, mostly in urology in senior positions at the Royal Melbourne Hospital and Cabrini.  Her current work involves clinic consultations, group education and presentations to community groups.  She is also involved in the Stepping Up project in collaboration with Melbourne University, Department of General Practice, to help GPs manage insulin initiation in the community.  Preethi has been involved with AUSLMAT for many years.  She will be making her 3rd trip in 2017. 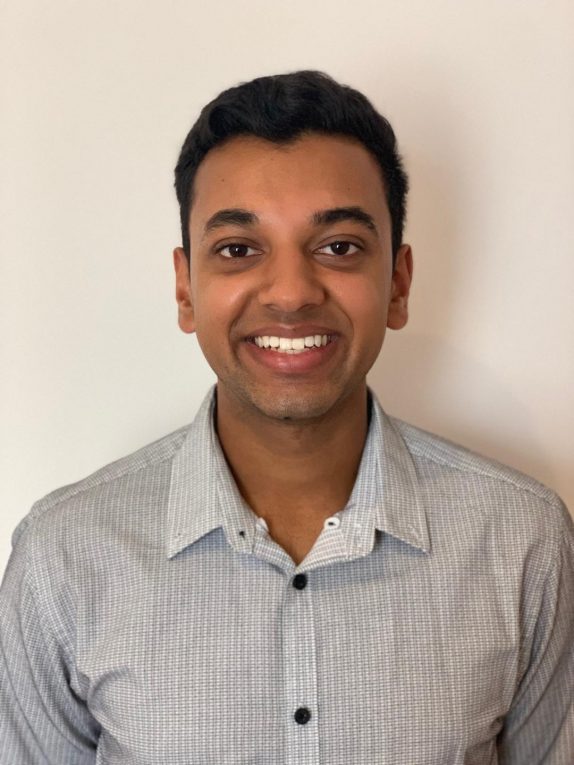 Hashan Fernando is a Podiatrist & Surgical assistant working privately in Melbourne’s west. Currently studying his Masters in Public Health, Hashan aims to improve health for people and their communities across first and third world countries. Hashan has a key focus on the diabetic foot and management of musculoskeletal injuries. Hashan joined the team at AUSLMAT in 2018 and attended his first medical mission with the team providing aid in Diabetes and Musculoskeletal injury prevention/management.

Shannon de Silva is a dentist from Melbourne who joined AUSLMAT with the vision of improving oral health and raising awareness around dental health amongst underprivileged communities in Sri Lanka. She was a part of the 2018 mission, which was extremely rewarding, and looks forward to contributing to AUSLMAT’s work in the future.

Discover more about AUSLMAT by joining our newsletter